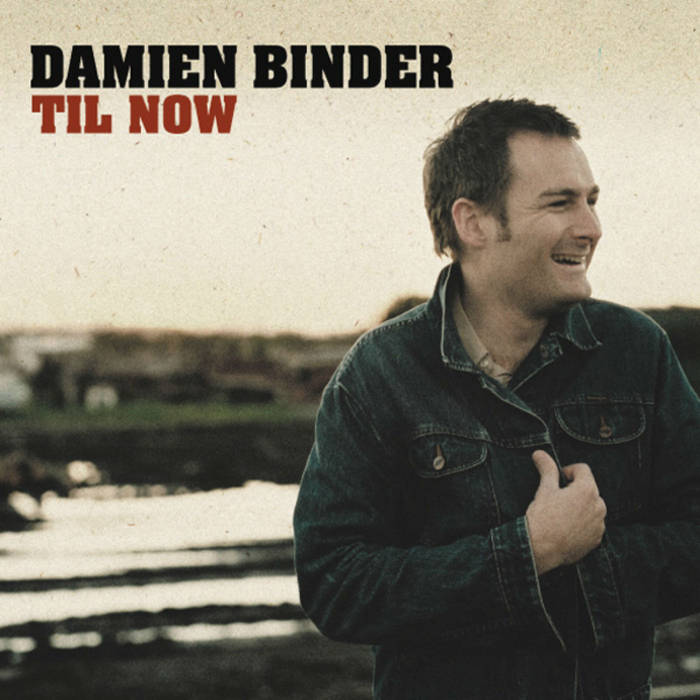 REVIEWS FOR TIL NOW:

“A rich weave of acoustic and electric guitars behind a voice that sounds vulnerable, yet has a strong confident core… carried along on strong tunes and blazing chord progressions. Singer songwriter albums of the standard of Damien Binder’s “Til Now” are few and far between.” Nick Bollinger – The Sampler

The usual path for the Kiwi bloke singer-songwriter is to have the legacy of a band or three behind him before striking out under his own name.

Even Greg Johnson was once a “Set”. Aucklander Damien Binder, whose voice isn’t unlike Johnson’s, and is here on his second solo album after his impressive self-titled 2000 debut, did his mid-90s time in the group Second Child, which didn’t really dent the national pop conscience.

But here Binder again proves that the personal approach agrees with him and his songs, on an album which ranges from toe-tapping pop- and country-rock to moody, heartfelt ballads.

If there’s a drawback it’s that the music sounds too even-tempered, and Binder’s voice can sound like he is again fronting a band rather than being the natural centre of attention.

However, if the production isn’t calling attention to itself, the songs soon shine through. Among the brightest are the optimistic opener Til Now, the rueful heart-on-sleeve Anytime, the Crowded House-ish A Day’s Grace, the country-hearted More Than You Could Know (helped by Dianne Swann’s sweet harmonies) and the equally dreamy pair of Take Me and the closing Passing Through.

It may lack that one standout track that might win him an extra spotlight, but that doesn’t stop Binder’s second being an album as convincing as its predecessor in its honest emotions and intelligent songcraft.

The August/Sept NZM promised it, and here it is, the second album from Auckland singer/songwriter Damien Binder. The 10 well crafted songs generally tackle the theme of relational issues, but with a few twists in the otherwise familiar thematic road.

Production is aided by Bob Shepheard and Steve Garden, who also respectively provide their bass and drum skills, among other talents. The collaboration is one of those production tem-ups that consistently produce good stuff, and this offering is certainly no exception. The nicely uncluttered arrangements see Binder’s very capable guitar augmented by that of Chris Van de Geer, who also handled mix duties.

I sometimes feel that an album that grabs me too quickly is also one I’ll get bored with quickly. Til Now took a wee while to warm to, which for me means it’s got depth and durability that will protect it from coffee-coaster status. This album may well herald Damien Binder as a name and sound we might be hearing more of on the airwaves – not at all a bad thing.