While The Wind's At Your Back 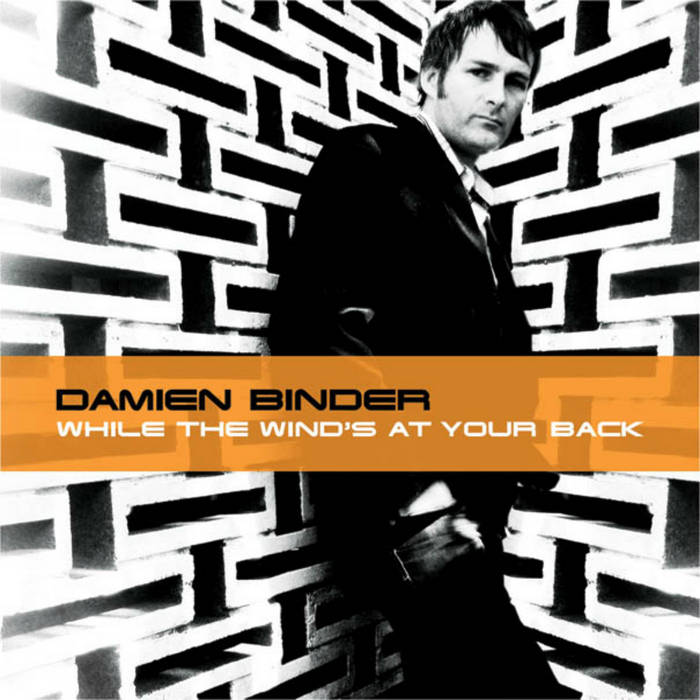 “While The Wind’s At Your Back” is my third solo album.
After growing up in New Zealand I decided to up and leave for Sydney Australia. The album explore some of the memories of that former life and times and the hope I had for my new surrounds.

I collaborated with my long-time producer/friend Bob Shepheard in a now infamous “Apocalypse Now” production ordeal. My band I had split up on the eve of recording, followed by Bob falling very ill for a long time. However the experience while anxious and bewildering – bled into some of the writing/performances which enhanced the record somewhat.


REVIEWS FOR WHILE THE WIND'S AT YOUR BACK:

"His track record is impeccable: he played in bands in New Zealand (notably Second Child); was an APRA Silver Scroll finalist in 2003; did a showcase at SXSW in Austin; supported Marianne Faithfull and Ani De Franco (tough crowds both), and David Gray; has done solo albums and appeared on compilations; and musical reference points might be the poprock/alt.country axis of Ryan Adams, Pete Yorn, Gary Louris/Jayhawks and (lesserly so, I think) Neil Finn.

That said Binder has his own voice and a post-pop/songwriter style.

If this album lacks the immediate standout single (although I'd expect to hear Breathing, Too Late and even the quaintly "Brit-psychedelic/Beach Boys '66" Take Me Under on radio) Binder certainly hasn't betrayed his ability to pull out a memorable hook, an ascending/descending vocal line imbued with heartfelt melancholy, and songs propelled by strong power-pop tendencies.

There is a mature, reflective quality in these lyrics -- as with us all, he isn't getting any younger I guess -- and the man (who sometimes co-writes here, a mark of inclusive maturity as with Greg Johnson) crafts an economic lyric, sometimes with an amusingly romantic and teen-adult twist: "Retreating from the city, to a magic spot near the waves, it's somewhere undiscovered and we can fully misbehave . . . away from the distractions, laying down on a blanket . . ."

Really Want sounds like his stab at a radio-pop song (it sorta works) but seems rather lightweight and somewhat beneath him in the fine company of the other -- and appreciably better -- songs here.

So if you hear Really Want on radio (as you should, he writes pop songs), just know there is much better on this emotionally sound, lyrically crafted and sensitively produced album".

DAMIEN BINDER: While The Wind’s At Your Back

"Now Sydney-based, Damien Binder’s third album finds the former Auckland singer and songwriter still in reflective mood. Binder had a nightmare experience with this album, his band splitting up on the eve of the recording, and his producer becoming ill for an extended period at the same time. Out of stress can come inspiration, and he wrote much of this material while waiting for events to settle down. He uses themes of memory, loss and hope, while the music runs the gamut of acoustic, indie-rock and singer/songwriter pop. Binder has a definite knack for writing unobtrusively catchy tunes and melodic hooks are everywhere on this album, especially on Take Me Under and Breathing. While understated, his voice is warm and engaging, managing to be both familiar and unknown at the same time. Binder and his band (Bob Shepheard on bass, guitar, keyboards and Jared Harrison on drums), have produced an album that could sit among the best ‘songwriter’ albums of the NZ music canon".

“There is simply no doubting the talent of New Zealand singer/songwriter Damien Binder. As we have come to expect from him, his third album is a great listen” – David Griffiths, Media Search