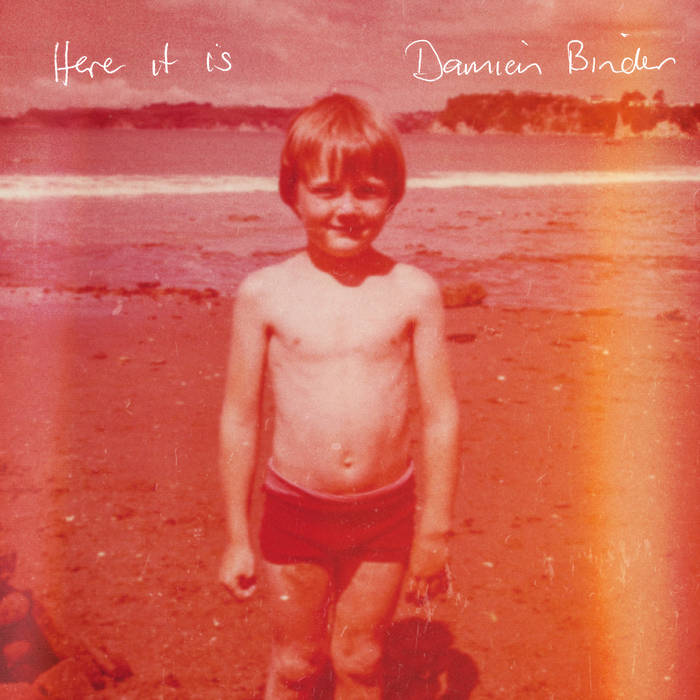 'Here It Is' is the new single from accomplished Perth-based singer-songwriter Damien Binder.

The song is the first single from his fifth solo album currently in production with producer Matt Gio (Katy Steele, Birds of Tokyo, Abbey May, Rudimental), due for release later in 2021.

Of the new track and forthcoming record, Damien explains that “I wanted to try and break away from my usual choices and reimagine the songs. I had heard some of Matt’s work including one of my fave’s - Katy Steele’s 'Human', and knew together we could find a new context for the songs, plus he really liked them which helps!”

Reflecting on the writing of 'Here It Is', Damien describes it as “a kind of meditation on appreciating the moment, gratitude and impermanence.”

NOTE: All the proceeds from sales of the track will be donated to The Lord Mayors Distress Relief Fund- appealswa.org.au to help those directly impacted by the recent bushfires in Perth, WA. Thank you in advance. - Damien

want loving arms
keep you safe from harm?
want a mercy call
should from grace you fall?
want this light on
when the glow has gone?
i will come when you call
and in return  nothing at all
here it is...
in a house we live
we may never own
but in this house we build
what we call home
on the balcony
we renew by night
marvel at the sky
drink the wine
what else do we need?
here it is  ...
no refunds, no returns
gotta find your feet
and find your peace
right where you are
there's a time to look
and a time to leap
but in my book
you can always reap
the ones you want
the ones you need
if you stay the course
to where it leads
maybe it can set you free
here it is...

Serena Cherry debuts her black metal project, plus a Pick from the Crypt block from Svalbard